Edit
watch 02:34
Fire Emblem Warriors: Three Hopes - The Loop
Do you like this video?
Play Sound

The Combat Knife is a type of melee weapon featured in Gears of War 4 and Gears 5. It allows its user to perform a close quarter combat attack after grabbing or kicking an enemy from behind cover.

The melee attack will vary depending on where the player is situated in relation to the stunned enemy. In multiplayer, the knife's appearance varies in accordance with the player's faction.[1]

The Bayonet found in the Mark 1 Lancer Assault Rifle is an attached Combat Knife. Combat Knives are the most common form of melee weapon in the Gears universe, with the Coalition of Ordered Governments and Union of Independent Republics using it for the Mark 1 Lancers and Commando teams, and the Locust Horde and the Swarm being standard-issue for their infantry.

In Gears 5, some characters have their own unique knife skins. The Coalition has since further expanded on this with future updates, giving a lot of the cast their own personalised knife skins that display when Executing or using corresponding emotes. 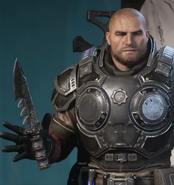 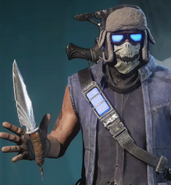 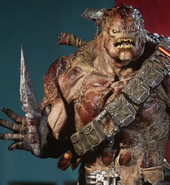 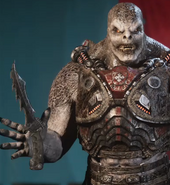 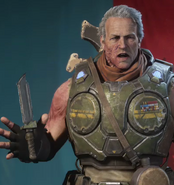 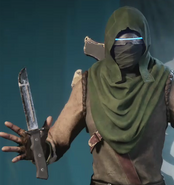 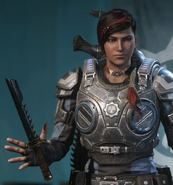 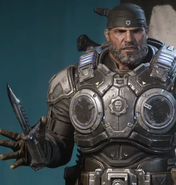 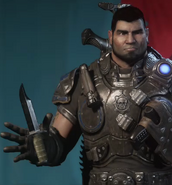